Our values in action: Part Three 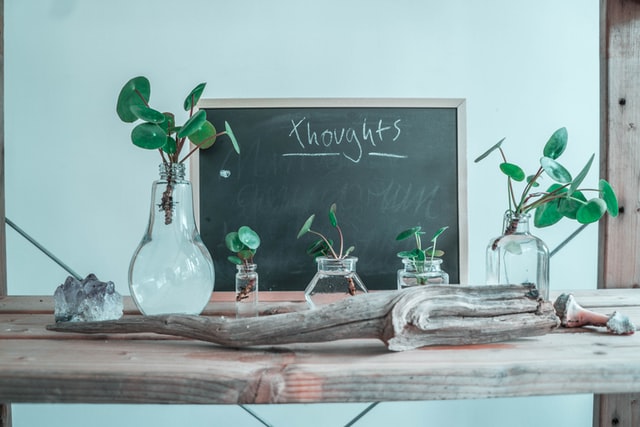 Kalido’s values lie at the heart of our culture. This series looks at how members of Team Kalido use the values to inspire the way they work.

Transparency: why a see-through company is the future

Kalido strives to be a truly transparent company. What do we mean by that, and why is it so important?

In terms of the business itself, transparency means being direct and open about our strategy, our decision-making processes and the state of the business. For Team Kalido, it’s about being honest in our actions, transparent in our motivations and constructive with our feedback to help everyone reach their goals.

Greg, Head of Marketing & Growth: “Some companies operate on a need-to-know basis. This is so outdated. By behaving that way you become undiverse and not inclusive. At Kalido, we all have the opportunity to be included on a fortnightly basis at the company-wide town hall where we get to hear directly from the co-founders and team leads. Kalido is at a point now where we’re going to grow rapidly in the next few years, and the team will get bigger and even more diverse. It’s key that we hire people who are equally open and happy to share what they’re working on, how they feel about the work and the direction it’s going in.”

Genuine efforts are always being made to ensure that Kalido is a transparent company. For example, we’ve implemented a monthly coffee break Q&A with all three co-founders and everyone in the company is invited. Questions are actively encouraged from the team, with no limits, including on company strategy, funding, the Kalido journey so far and outlook for the future.

The same level of clarity is expected from employees. Martyna, Head of People, says: “It can feel hard to find a balance when you’re an individual within an organisation about what you should or shouldn’t say if you’re feeling uncomfortable in your role, or have opinions that you’re worried could be unpopular. This might be the case at some companies, but at Kalido we’re clear that transparency has to work both ways and it’s important for our employees to know that, whatever point they want to raise, it won’t be held against them. In fact, it’s actually the first vital step in sorting out issues or implementing new ways of thinking.”

Greg agrees that “speaking up and being honest with opinions is really important. Sometimes it can be easy for the team to agree on initiatives without realising that it may suit the majority of people on the team but not those in certain roles. For example, we implemented no-meeting Fridays a while ago and it’s great knowing that we’ve each got one clear day a week to concentrate on our projects. It was so successful, that no-meeting Mondays were mooted. Well, as a marketer, having no meetings for 40% of the week wasn’t going to work as they’re a key part of my role. And I think if we get too hermit-like, it’s going to slow us down as a company and it could stifle productivity in the areas of the business where we’re not coding and need to be speaking to each other. So I raised this point and now no-meeting Monday is optional, depending on what works best for your role.”

Phliippie, Senior iOS Developer, finds that transparency promotes faster, smarter progress: “Knowing that we can be very transparent about when we’re hitting roadblocks or things are taking longer than expected is great. Transparency is so ingrained in our culture that it means we can give constructive, very direct feedback and that, in turn, allows us to work at such a fast pace.”

The whole ethos behind working at Kalido is for our ideas and actions to have value, and make a positive difference to our users and our colleagues. This means delivering quickly and thoughtfully on tasks, and pushing ourselves to reach our potential. It also means being empowered to debate the value of tasks if the impact is unclear.

Amy, Head of Design & Frontend: “For me, impact is about helping people on my team to make their stamp on the product so they can see the difference they’ve made. This could be inspirational work on a new product feature, pushing back on a bad use of time, or questioning the path a strategy is taking.

“And it’s not just about the work itself. Being mindful of your words and the way they impact other people is especially important when working remotely as it’s harder to read people’s reactions and emotions. Impact is about personal impact on the team as well, doing things like letting people know if you’re not at full capacity so you can help your teammates out when they’re under pressure.”

Phlippie encourages his team to have impact by keeping the ‘Boy Scout Rule’ front of mind. “If you touch something in the product, leave it better than you found it. Take five minutes to make things clearer and better. Any time we’re working on a feature that involves user experience, we try to use our autonomous decision-making and experience to make the changes that will improve it for the user. It’s as simple as: if something looks funny, take the extra bit of time to make it look good.”

In fact, making things better is a theme at Kalido, with our now legendary ‘Make It Better Day’. New in 2021, Make It Better Day came from a discussion between Lead Architect Hein and Co-founder Ashvin, where Hein raised that he kept finding small things about the product that bothered him and that he’d like to fix, but it was hard to find the time when there were bigger issues that required his attention. They started brainstorming ideas about how the little things could be prioritised, if only for a day. And they felt that a team-building context was important so that people worked together on these things, preferably cross-team wherever possible to give different perspectives.

Make It Better Day was born! A whole day around once a month to pick something about Kalido that you think should – and could – be made better. A Make It Better Trello board hosts everyone’s ideas about what they want to fix or improve so other people right across the team can join. The goal is for everyone to work with someone junior or senior – bonus points if it’s someone you don’t usually work with day-to-day – and to learn something, to teach someone something and, above all, to have fun doing it.

Despite being in its infancy, Make It Better Day has already had great results across product, design and marketing, and has sown some seeds for exciting developments in the future.

Discover Part One and Part Two of our ‘values in action’ series.